Using electric bikes from Switched On Bikes, the Kaicyclists set out on their pick up run, collect filled buckets from their clients in the city and replace them with empty fresh ones. They then cycle the food waste back to their urban farm in Newtown to turn into compost which is used to grow more food. Watch the video below to see them in action:

WorkerBe founder Erin Todd:
“Half of the produce grown on the urban farm goes to Kaibosh which is a food-rescue service. So it goes to needy families and organizations doing it hard in these times. The other half goes to workerBe , a health-food company who makes green smoothies and salads. We retail those at Moore Wilsons and Common Sense and we offer organic catering to businesses like WETA and businesses in the CBD. The proceeds go toward supporting the farm financially, and the food waste from making the smoothies and salads gets composted back into the soil to grow new food. It's a beautiful life-cycle.

"Another business that is doing a collection service similar to us is Kai to Compost but that's on a much larger scale - they have bigger bins and they mainly focus on food businesses. So we will be collaborating with them to forward on clients that are too big for us. So we fill a niche - more for small businesses or residents who don't have gardens of their own, who don't have the ability to compost themselves and feel guilty about throwing food waste into the landfill."

Kaicycle's Customer Care & PR lady Jen Cooper joined the group after having moved to Wellington and living in a flat that wasn’t composting. She felt strongly the need for creating her own cyclist pick-up composting system, and so when she came across Kaicycle who were already doing this, it was a natural fit:

“Kaicycle evolved out of the need for a solution for a lot of Wellington residents and businesses. Basically because there's really limited or no access to composting facilities for a lot of people and currently about 30% of all kerbside collection is organic waste. Which is just going to landfill. So by diverting food waste from landfill, not only are you not filling up landfill so fast, you're lowering the carbon emissions, which is methane, which are coming out of  landfill as well. You're also producing a resource and negating the need to buy more compost or fertiliser in for places like this urban farm.”


And they do need a lot of compost. They have grown over 640kgs of food since beginning planting last December and now have four times as many garden beds and are continuing to expand.

The Compost is carefully monitored by a quality control team of scientists. Soil and humus technician Kate Walmsley gives an in-depth explanation of Kaicycle's composting in the video below:

“Compost inoculates so much life into your soil which is really important because life holds nutrients and releases it slowly, so it's a really sustainable source of nutrients for the plants. Rather than if you add a whole bunch of synthetic fertiliser which will just get the plants really sugar-rushed and run straight through.”


Currently Kaicycle are only making compost from plant-based food waste as animal products attract pathogens (disease-causing bacteria) and vermin.
"Meat can be disposed of with composting, but it's just another layer of variables we'd need to add in, so you need to be monitoring it in a slightly different way and being more careful. So maybe as we make our process on a bigger scale, we can do stuff like that, but for the time being we're just starting out with the simple stuff. Which is the most of the food waste that gets sent to landfill anyway." 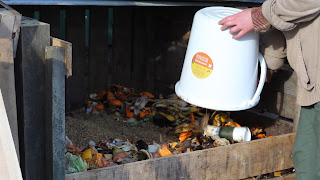 WorkerBe oasis Co founder Linnea Lindstroem described to me the importance of nutrient dense foods, such as the produce that is being grown on the urban farm:

“Nutrient-dense food is a term used to describe all sorts of foodstuffs which are high in nutrients in relation to their energy component (calories). Most food today has a much lower nutritional value now than what it used to a century or two ago. This has several reasons: soils have been depleted over the last century; the varieties bred for industrial agriculture are not selected for nutritional values but for ease to harvest and transport; food sold is rarely fresh as much is processed and altered (nutrient density is higher in fresh food).

“The results of the low-nutrient density in our food can be seen anywhere: obesity and many common first-world diseases have their root in generalised malnutrition.

“WorkerBe oasis builds soil quality, uses heritage and heirloom plant varieties recognised for their high nutritional value and provide fresh unprocessed food to people who otherwise would not have access to it.”

She also described how higher nutrient density in plants leads to much less problems with pests and disease, as the plants have the resources to defend themselves, thus negating the need for pesticides and herbicides.

Trainee farm manager Kelly-Ann Barrett says one of workerBe Oasis’ long-term goals is to have an urban farm in every suburb.
“We really would like to arm the community with knowledge and hands-on experience with growing their own food, composting and just understanding how the soil and the mineral contents in our plants all link in together.”


Their goal is to provide workshops on the farm covering topics like creative composting, double-digging and home gardening skills. They have so far started out on a small scale, with kindergarten class trips where the children visited the garden, interacted with the gardeners, tried some of the vegetables and were shown very basic principles of gardens and growing food.


“It's just about bringing back food production and gardening into the city because it feels like a lot of people or children haven't got that connection. Change needs to start there. We can educate them and they can get inspired and then go home and then tell their parents about it. It's about starting at the grassroots where the change needs to happen. Then it can filter up through the rest of the community and the generations.”

Kaicycle has just participated in the Low Carbon Challenge, an initiative run by Inspiral and the Wellington City Council. They didn’t receive the funding they were competing for, but gained very valuable mentoring and constructive feedback on their enterprise.


They are already up and running and are looking to sign up a hundred more clients by December this year. The urban farm is being prepared for these larger scale composts, with building operations currently underway. The team is running a Pledge Me campaign, to raise funds for its infrastructure - to build a shelter for education programmes and for a lot more equipment to be able to experiment with different composting systems. They also would like to get electric bikes and trikes that can carry more weight, more trailers and more compost bays.


Your contribution will be very greatly valued - you can help them out with their PledgeMe campaign by clicking here.

People interested in volunteering their time and learning about gardening and composting can go along to the urban farm at 5 Hospital Rd in Newtown during the volunteer times, on Sundays between 1pm and 3pm (weather depending).

The team is always keen to hear from new volunteer cyclists, those interested can email: kaicycle@workerbe.co 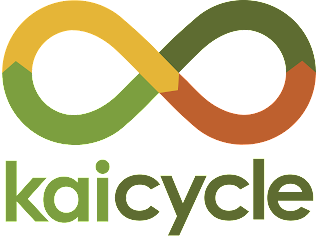 Kaicycle is already servicing small businesses around Wellington’s CBD, with the suburb of Newtown now the testing ground for residences using the collection service. An Uber-style app designed by software developer Sheldon Levet will be used to add new customers and cyclists, track the cyclists and their pickups and track customer contributions - letting them know how much compost and food they have created.


For residences and small businesses wishing to sign up for Kaicycle’s food waste pick up service, you can subscribe at the website here. The service is $30 monthly for residents, and $60 for businesses. The team arranges a day to drop off your bucket, and your first week is free! There is also the option for more affluent customers, who care about the environment and want to be part of positive change, to sponsor a bucket for less well-off households. How sweet is that?